The U.S. Supreme Court hears cases that potentially affect millions of Americans. Oral arguments are open to the public, but seating is limited—if you’re in DC while the Court is in session, you may glimpse lines of people snaking the court steps waiting to try to get a seat.

But, if you don’t make it through the door, you won’t be able to see what happens because the Court doesn’t allow video coverage of its proceedings.

So, what do courtroom insiders think about cameras in the courtroom? Today’s WatchBlog tunes in to the issue.

Audio, but not video

The U.S. Supreme Court doesn’t provide or allow video or live-audio coverage of oral arguments. However, the Court posts audio at the end of each week that it's in session. Sessions are held Monday through Wednesday, though, so you may have to wait 2 to 5 days to hear the oral arguments.

The Court also provides transcripts of oral arguments the same day arguments are heard, and decisions within minutes of their release.

In 2000, the Court also started granting same-day access to audio recordings for selected cases. But as you can see, the Court declines many requests—something it can decide at its discretion. 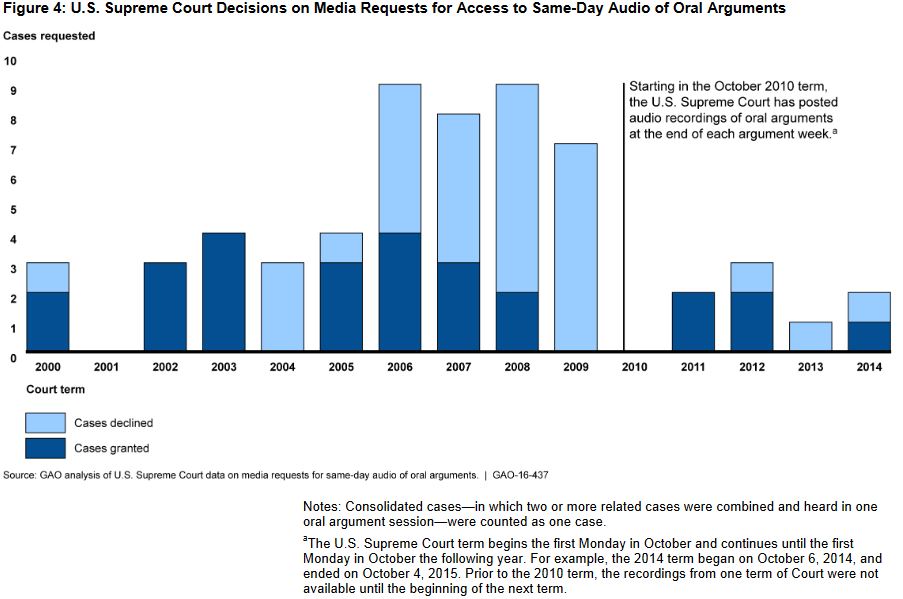 What other courts do

We looked at how some other courts (here and abroad) handle oral arguments, and found that the policies vary. For example, only 2 of 13 U.S. courts of appeals allow media video coverage, but 9 of the 13 make same-day audio recordings available.

However, most of the nation’s highest state courts (49) allow the media to record both video and audio of court proceedings. And almost all of these courts make their own recordings publicly available online. 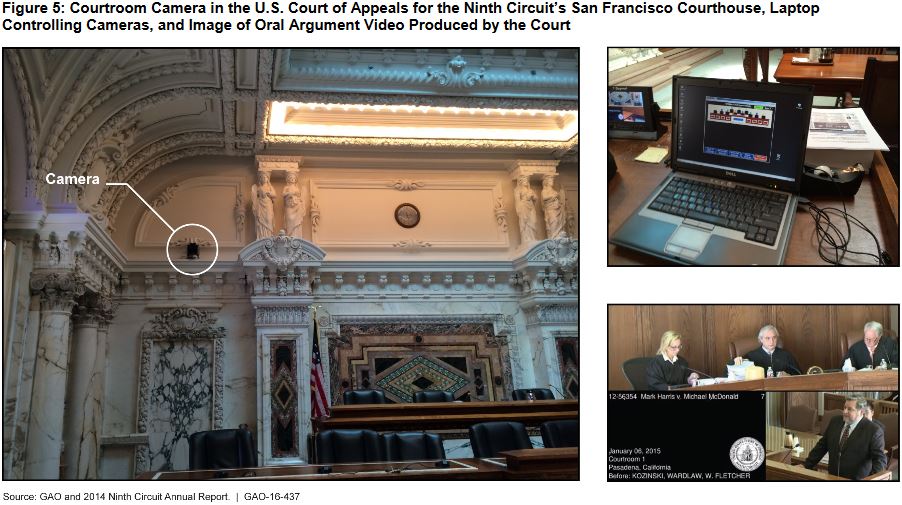 Most of the appellate judges and attorneys we spoke to thought that court coverage could help educate the public about judicial issues. However, some were worried that the media could sensationalize or distort the proceedings (e.g., by presenting only one side’s arguments or editing the tapes). Although some judges and attorneys thought that having the courts directly provide the coverage—such as by making full videos available online—could potentially help with this concern.

Some attorneys were also concerned that televising arguments could change how people behave in the Supreme Court.

So, what do the Supreme Court Justices think? According to their Public Information Officer, individual Justices have said that televising proceedings could hurt the dynamics of oral arguments. They have also expressed concerns about introducing changes that could create misconceptions about the Court and noted that arguments are one small piece of the overall decision-making process.

This is just a quick glimpse of what we found. For information on the policies on court coverage in appellate courts, the list of all Supreme Court cases for which media requested same-day audio (and the results), and video policies and procedures for some foreign courts, check out the full report.