For Mental Health Awareness Month, the WatchBlog shares our findings on access to mental health care in the military and the stigma that can come with it.

DOD’s Military Health System is providing mental health care to more people. Between 2005 and 2013, the number of patients ticked up by more than 30%, including servicemembers, military retirees, and their dependents.

To meet this growing demand, DOD has added 15% more mental health providers to its ranks between fiscal years 2009 and 2015. 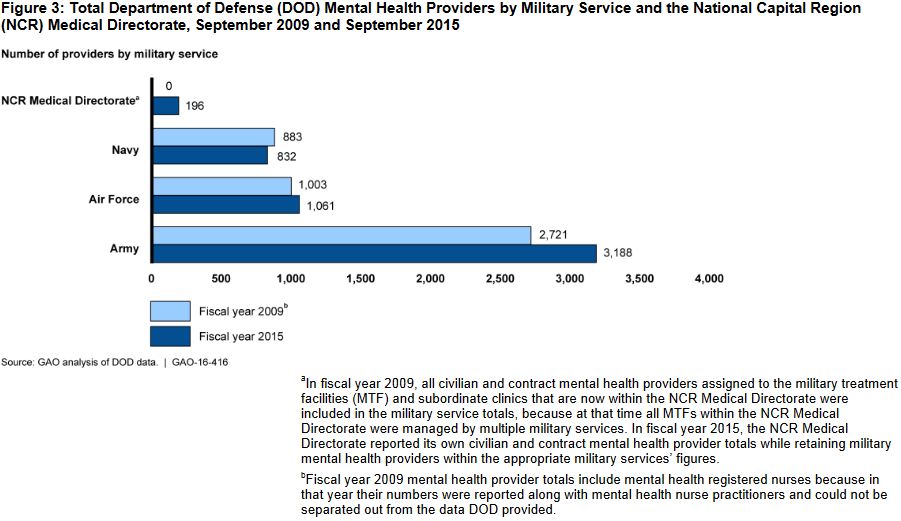 However, certain types of mental health professionals, such as psychiatrists and social workers, are in short supply nationwide. According to DOD, this puts the department in the difficult position of competing with other employers—who often offer higher salaries and might not ask applicants to deploy or relocate as frequently as DOD does. 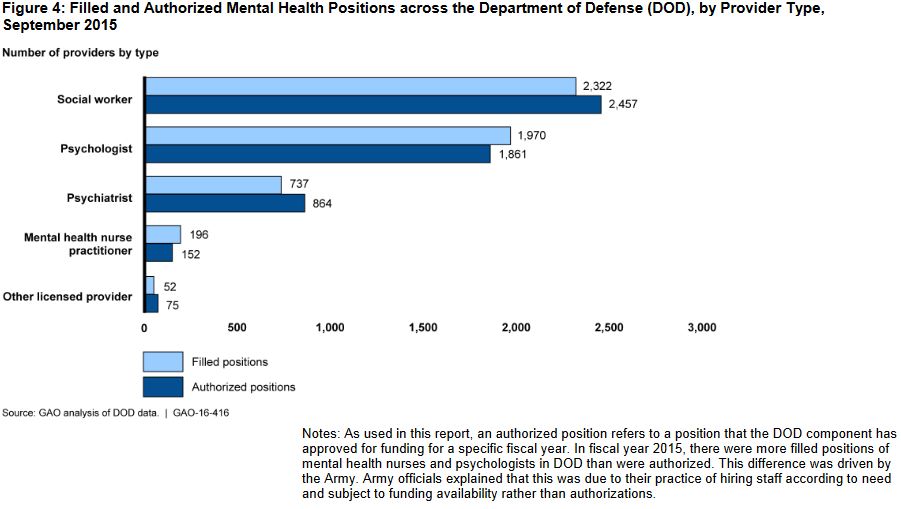 Despite the shortage of providers, recent data show that DOD is generally meeting most of its mental health appointment wait time access standards, which range from 1 day to within 28 days depending on the type of care required.

Yet, some DOD surveys show that about a third of servicemembers reported problems accessing care. This suggests a disconnect between servicemember perceptions of what is an acceptable appointment wait time and DOD’s standards. 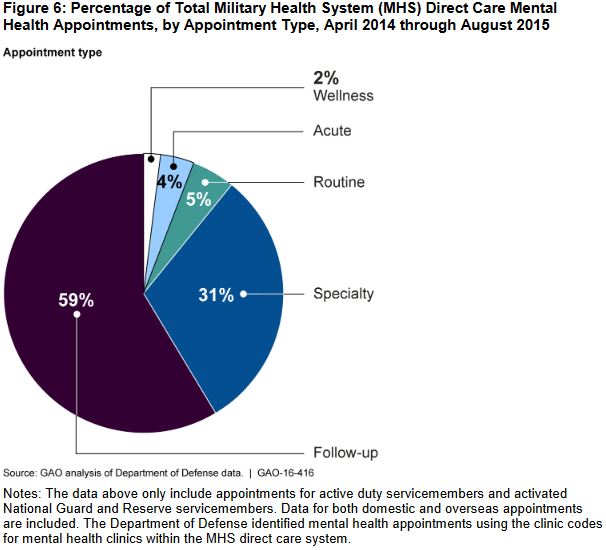 While more servicemembers are seeking care, they do so against the backdrop of years of stigma around mental health care in the military. A 2010 DOD task force on suicide prevention concluded that members of the Armed Services commonly avoid behavioral health clinics because of the stigma and discrimination they experience or expect to experience. A 2011 DOD-wide survey found that nearly 40% of active duty servicemembers thought seeking mental health care through the military would probably or definitely damage a person’s career. In a 2010-2011 survey, 39% of reservists felt the same. 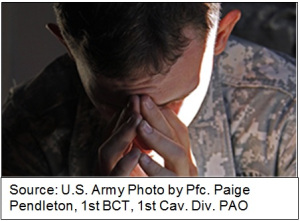 To get behind these numbers, we spoke to officials and ran focus groups with servicemembers. One person told us,

Mental health [care] is perceived as crazy…[it] is called [visiting] ‘the wizard.’

At one military installation we visited, the mental health clinic is accessed by a single elevator that everyone knows about. One person in our focus group called it the “elevator of shame” and another told us that “people don’t want to ask where it is, so they’ll wander around [looking for it].”

DOD has tried to reduce the stigma. For example, in 2009, DOD launched the Real Warriors campaign, featuring videos and other outreach materials about the benefits of seeking help. The materials included personal stories of successful outcomes from mental health treatment.

But it’s hard for DOD to tell whether its efforts are working. For example, the department  doesn’t have goals or measures to track progress. We also found that multiple entities are responsible for reducing mental health care stigma with no single one coordinating among them. Without clear goals and measures for reducing the stigma and a single entity to oversee all of the efforts, DOD can’t know what’s working—and, more importantly, what’s not.

Providing the nation’s military servicemembers with timely and stigma-free access to mental health care is a crucial responsibility. We have made multiple recommendations to DOD to ensure this happens.

Our recent report has more information on mental health care stigma in the military, including details of our focus groups and a list of DOD and other studies documenting the stigma. You can also check out our report on the availability and accessibility of DOD mental health care.