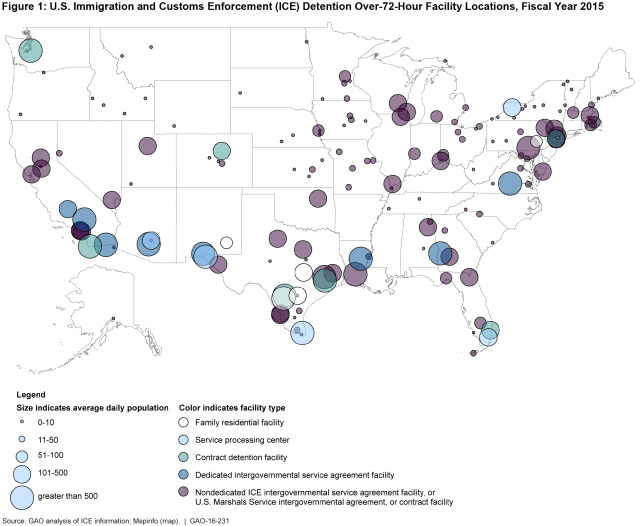 Since 2005, both the number of ICE detainees and government funding for detention and removal have more than doubled. Overall, funding reached nearly $2 billion, including custody costs, in fiscal year 2014. 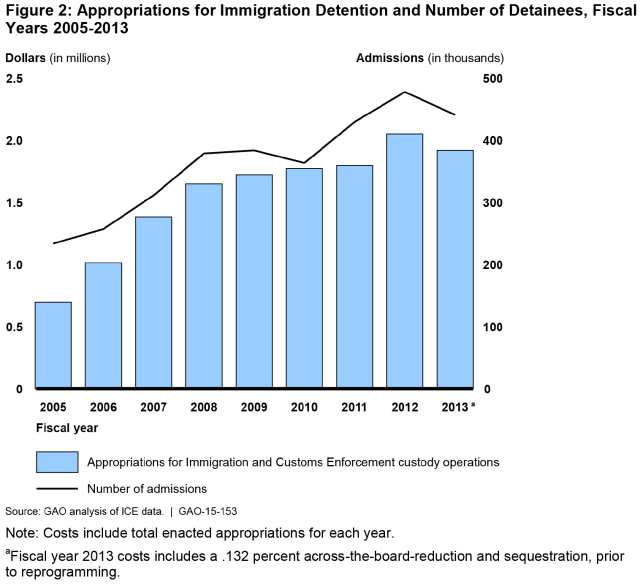 We’ve found that ICE inspects detention facilities to help ensure that the facilities are generally safe, secure, and humane. However, the agency could make changes to potentially save money and improve how it manages medical care.

For example, ICE can’t easily track how much it spends to detain people at different facilities or estimate daily detention costs. While the agency developed a work-around for some of this information, it missed some costs, such as for transportation. It’s hard to manage your spending when you don’t know what all of it is.

We found similar issues when we examined the medical care detainees receive. For example the system for reviewing and approving requests for detainees’ off-site medical care isn’t linked to the system that tracks the payments for that care. So, it shouldn’t be a surprise that the number of payments for off-site care didn’t match the number of authorizations for that care.

These are just a couple of the problems we identified. Listen to Rebecca Gambler, a director in our Homeland Security & Justice team, explain some of the other issues her team recently uncovered with how ICE manages medical care at detention facilities:

For more on information on the reasons people are detained by ICE, how it oversees this population, and our recommendations for how the law enforcement agency could manage its costs better and make better decisions, check out our work on immigration detention.