The 2017 President’s Budget is scheduled to be released next week.

The president’s proposal is the result of work that started last spring at the White House, the Office of Management and Budget, and executive branch agencies—from Agriculture to Veterans Affairs. 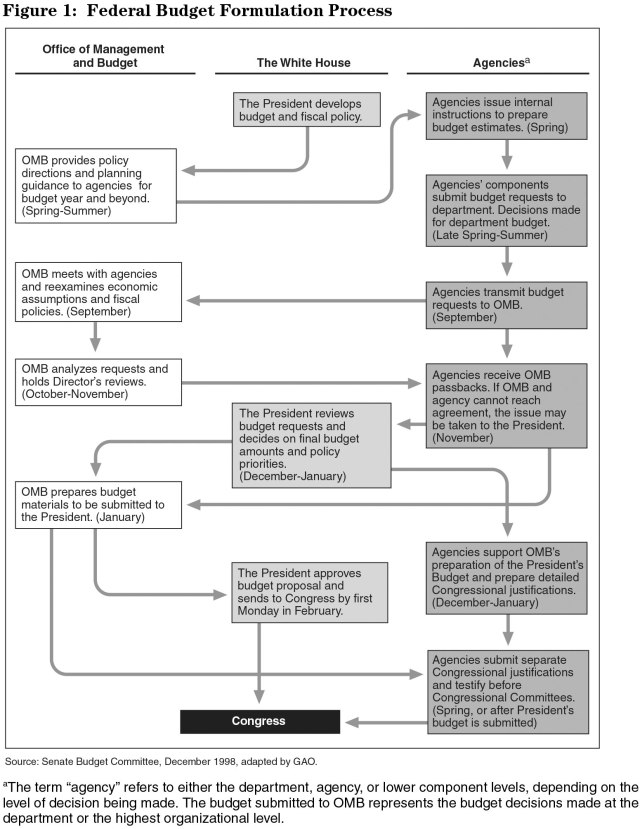 The budget cycle starts in the executive branch, as OMB and the president continually exchange information about spending and priorities. Agencies also review their current operations, program objectives, and future plans to determine their budget requests. OMB then consolidates all of the agencies’ budget requests into one.

The president submits this consolidated budget request, called the “The President’s Budget,” to Congress in early February for the next fiscal year. For example, the budget submitted next week is for fiscal year 2017, which starts October 2016 and runs through September 2017.

Next, Congress reviews the president’s proposal.

Congress has the authority to approve the funding in the president’s budget request, increase or decrease funding, eliminate proposals, or add programs that the administration has not requested.

The subcommittees within the appropriations committees hold hearings and draft bills for designated groupings of agencies and programs—for example, there are subcommittees that group together military construction and veterans affairs, among other things. These draft bills then move to the full committee and eventually both chambers of Congress.

After Congress passes appropriations bills and enacts them in to law, Treasury and OMB distribute the budgeted amounts to the executive branch agencies to fund their programs.

Congress sets time limits on all appropriated funds. This means that agencies must put the money to use within a year, multiple years, or until the funds are fully spent. Once the time limit has passed, an agency can no longer use those funds to pay for new expenses, but the money remains available for 5 years to settle any prior obligations—like a late bill.

After 5 years, expired accounts are closed and the remaining balances are returned to the Treasury.

While this is the general process, there’s much more to it. Take a look at our Red Book for more information on the legal aspects of appropriations and the Budget Glossary for key federal budget terms.