From acquisition to operations and maintenance, Department of Defense weapons programs are consistently of interest to the federal government and the public. Since 2000, we have been assessing DOD’s most costly weapons program, the F-35 Joint Strike Fighter. The defense acquisition best practices we have developed have helped us recommend ways to control costs for such an ambitious program. 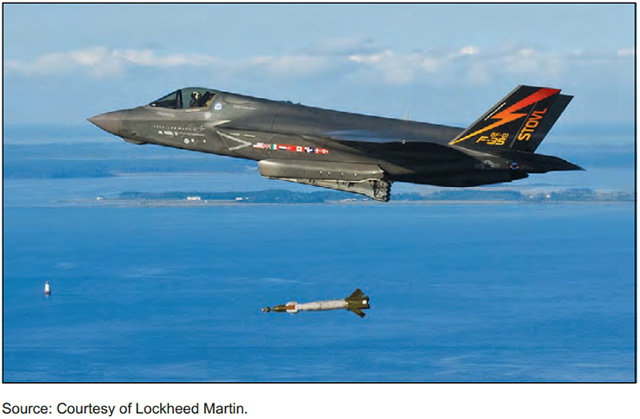 In examining how world-class commercial companies managed new product development, we found that development start was the decision point with the greatest effect on the trajectory of the program. We also found that clearly defining program requirements and early in the acquisition process is critical to achieving cost, schedule, and performance goals. The figure below illustrates our best practices framework mapped onto DOD’s acquisition cycle.

In the case of the F-35, we found that DOD made decisions at key milestones without adequate knowledge. It has become a signature case study of a program that passed key decision milestones without meeting best practice standards, encountering significant cost and schedule problems as a result. As of March 2013, the total estimated program acquisition cost had grown nearly $160 billion, or 68 percent, since the program’s initial estimate in 2001. The start of full rate production had slipped 7 years.

Our 2014 annual report on the F-35 found that delays in developmental flight testing could hinder delivery of capabilities the military services expect for initial operations. Additionally, in September 2014, we noted that the F-35's annual operating and support costs are estimated to be considerably higher than the combined annual costs of other legacy aircraft, as shown in the figure. 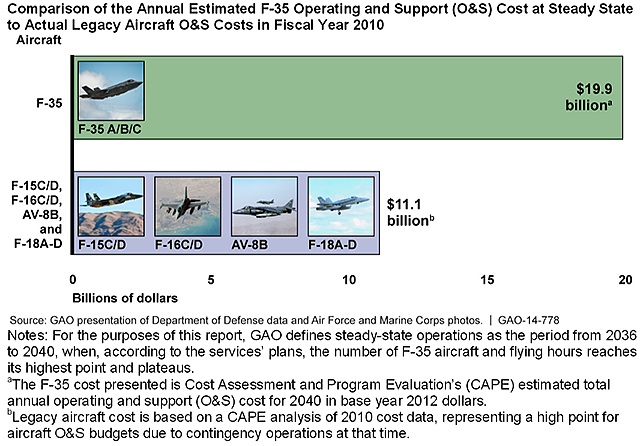 Listen to our podcast with Cary Russell, a director in our Defense Capabilities Management team who led the review of F-35 sustainment costs: