Skip to main content
In February 2014, the Mt. Gox virtual currency exchange filed for bankruptcy, stating that a security breach resulted in the loss of bitcoins worth more than $460 million at the time. This incident is one of many real-world illustrations of the risks involved in using virtual currencies. In June, we released a report on virtual currencies and related consumer protection, regulatory, and law enforcement challenges. You can hear our podcast on it below. Basics of Virtual Currencies Bitcoin and other virtual currencies are not government-issued. They can be used to pay for goods and services, and can be exchanged for dollars or other currencies. This figure gives a brief overview of how consumers can obtain and spend bitcoins. 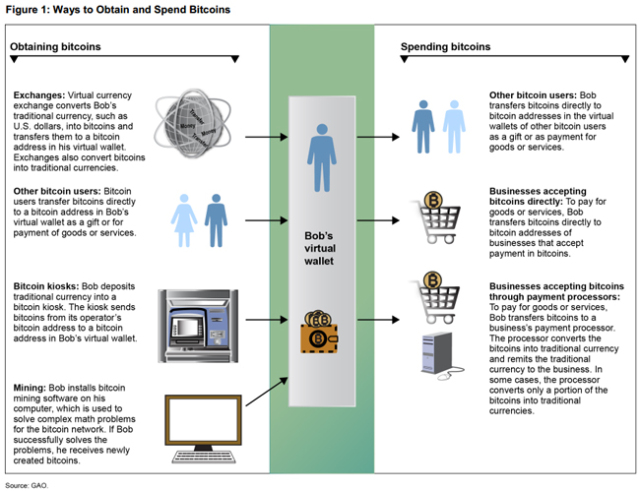 Risks and Benefits for Consumers Here are some of the risks consumers may face when purchasing, exchanging, and investing in virtual currencies: 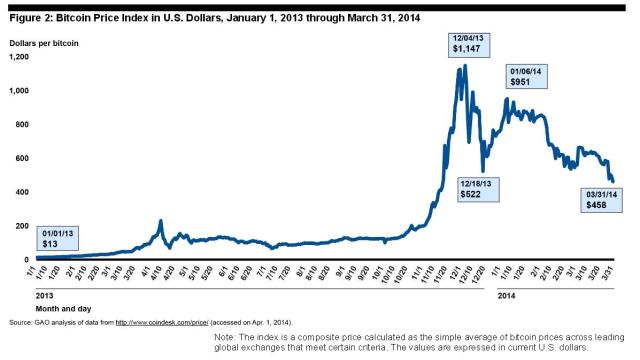 While virtual currencies present risks to consumers, they also provide consumers several potential benefits, such as lower transaction costs and greater financial privacy in some circumstances. More businesses, such as DISH Network, Expedia, Intuit, Overstock.com, and WordPress.com, are starting to allow consumers to pay for goods and services using bitcoins. Consumer Resources To help inform consumers about the risks associated with virtual currencies, the Conference of State Bank Supervisors and the North American Securities Administrators Association, a number of states, and the European Banking Authority have issued alerts. For additional information about authorized virtual currency exchanges, consumers may wish to check their state banking regulator’s website or the Financial Crimes Enforcement Network (FinCEN) website. We have recommended that the Consumer Financial Protection Bureau take steps to identify and participate in interagency working groups addressing virtual currencies. In the spring, IRS released guidance on how to treat virtual currencies for tax purposes. As bitcoin and other virtual currencies become more widely used, it will be increasingly important for consumers to be aware of the risks.
Read the post