As you might expect, the information technology (IT) that supports one of the largest and most complex organizations in the world can be very expensive. In its fiscal year 2015 budget, the Department of Defense (DOD) requested more than $30 billion to operate, maintain, and modernize its IT systems. To put it in perspective, $30 billion is more than 40% of the entire federal government’s IT budget request.

We have often reported that DOD needs to improve the acquisition and management of its IT investments in order to more efficiently and effectively use the billions of dollars in taxpayer money it receives annually. A variety of issues have set back DOD’s IT investment and acquisition processes, including potential duplication across investments, cost increases, schedule delays, data quality deficiencies, and inadequate user training.

Recently, we looked at how DOD acquires and manages specific types of IT systems: business systems, and Major Automated Information System (MAIS) programs:

Business Systems: DOD’s 2,300 business systems support various operations, as shown in the figure below. These systems are not standardized across the department, and many of them are performing duplicative tasks. These and other problems with DOD’s business systems have prompted us to include them in our High Risk List and our annual duplication report. 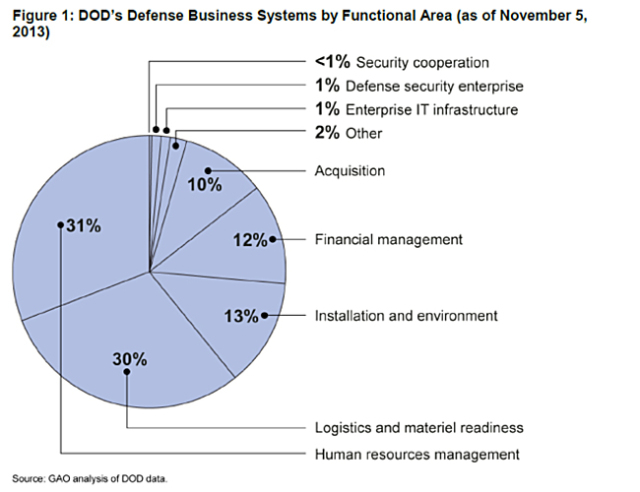 Major Automated Information System (MAIS) Programs: MAIS programs include a range of systems, such as communications systems, business systems (e.g., logistics management and financial management systems), and command and control systems. These systems are intended to provide department officials with easy access to information to effectively organize, plan, direct, and monitor operations. We have reported on MAIS programs because they have significant annual or life-cycle costs. In March 2014, we reported that 12 of 15 selected MAIS programs were costing more than planned, taking longer than expected to deliver, or not performing as intended. 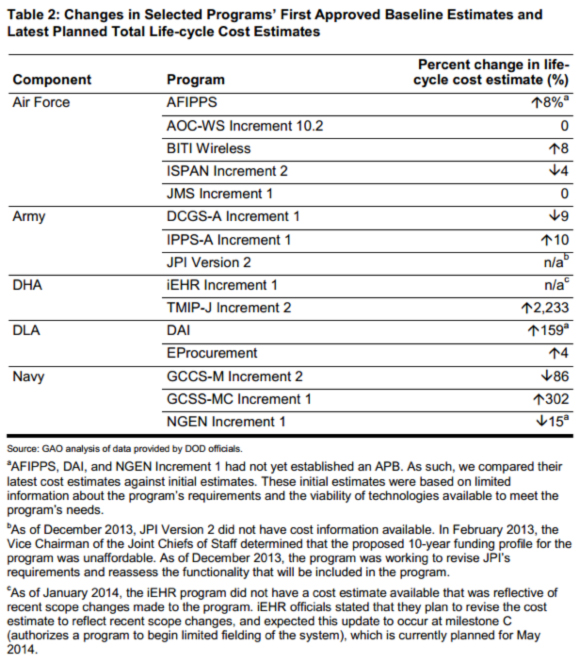